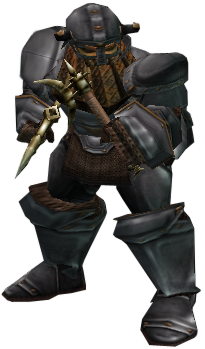 "You come bearing a weapon. Do you know how to use it? Anyone can fight, but it takes time and training to be a true Warrior. I've had plenty of both in my time. If you're lucky, perhaps I'll share them with you."

Seasoned fighters can follow many paths in this World: some are drawn towards religion, joining the armies of the Church or the Temple, while others are drawn into the wilderness, living as Rangers or Barbarians. Many, however, never leave the Path of Might, and stay with the discipline of arms. They are the Warriors, and their strength can either keep the strife of this dark Age at bay, or unleash it in a tide of blood and carnage. 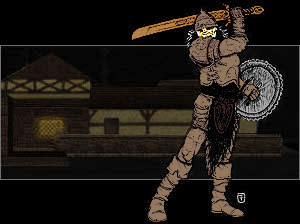