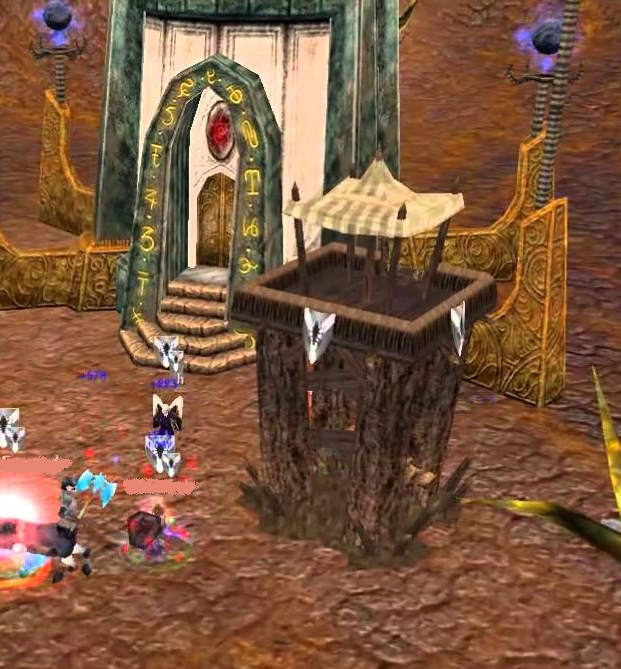 Players rally to defend a mine on Maelstrom
Mines or resource mines are world structures that can be claimed for player cities by one if its Prospectors. A city that has claimed a mine will receive a steady flow of resources used for crafting endgame armor, weapons, and jewelry, or to simply add gold to the coffers.

You will have the mine for at least one day. Your mine will have its own window of opportunity the following day, and others will have a chance to attack it. Your nation channel will tell you if your mine is being attacked.

Players may see references to mine harvesters or mine guards, but these have since been removed.

In order to receive resources from mines, the capturing city must have a warehouse.

To check on how much gold (or the other resources once implemented), go to the Warehouse and visit the Seneschal there. Clicking on him will show you the current holdings. If you wish to deposit some gold, you just have to select how much you have in your inventory (through the Seneschal's Window) and hit Deposit. Everyone is free to deposit resources into a Warehouse.

Each mine can produce specific resources as chosen by the claimant's guild leadership.

Mithril can only be found on mobs. Is purpose in unique in that it is only ever used as a reagent to item speed crafting tasks.