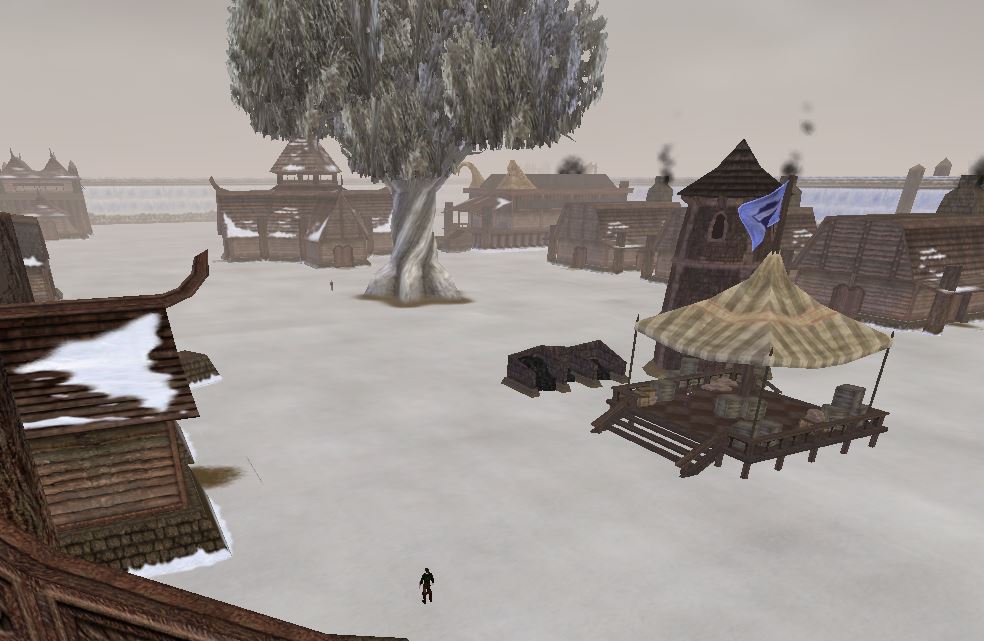 An Invorri-themed city
Cities are player gathering spots, bind points, and places to find many goods and services offered by NPCs. Most cities in the world are owned by real players and their guilds, but a few of them were created by the game world and are open to all.

NPC cities exist as part of the original game word. They are static and cannot be the target of banes. NPC cities are often the hubs of in-game player-to-player trade, recruitment, and news.

After a server is well into its life cycle, you may notice several kinds of player cities on the map.

One of the biggest features of Shadowbane is the ability to create your own city in the game world. Since there are only 120 city slots available on Vorringia, the first few days after a server wipe are crucial. Guilds race to farm up the necessary gold to afford a tree of life, then set out on a quest to plant it in their ideal spot.

If you are joining a server well into its life cycle, chances are that there are no city spots left. Not to fear, there is still hope to obtain one. Try visiting an NPC city (such as Aeldreth or Sea Dog's Rest) and send out a yell explaining that you wish to buy a city, and make a similar post on the forums or in the game's discord trade channel.

If you have no luck buying a city on the open market, you can attempt to take one with a bane. Join an existing guild and explain to the leadership that you will finance such an endeavour. In exchange for their help, they may ask you to become a subordinate guild under their nation.