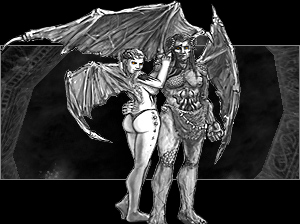 Zenjah (or Jah) has been a player of Shadowbane since February, 2004. He first played on the Entropy server, and has also played on Wrath, Redemption, Vindication, Braialla, and Test. Zenjah is currently playing on Saedron. While he has played a wide range of character builds, he is best known for his signature Nephilim Thief.

Zenjah is an Inner Council member of The Brotherhood. He has played under various nations, including the Aracean Empire, Clan Blackfang, Commanders Reborn, Fight The Power, Jarka Ruus, Knights of Glory and Beer, Ministry of Chaos, NATO, Team America, War Pigs, and Yakuza.