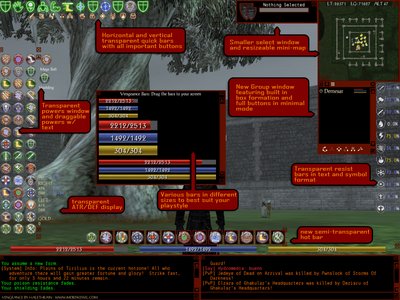 VengeanceUI is a Shadowbane interface and skin that was designed by Halethrain as a replacement for the original Shadowbane interface. The interface is radically different from the standard UI, sporting three distinct color schemes without much adornation. The interface also includes several new features such as varying ways to display health, mana, and stamina, quick bars, new resist windows, and more. The VengeanceUI is intended as a replacement with PVP as its primary focus.

Vengeance UI can be downloaded at the following locations: 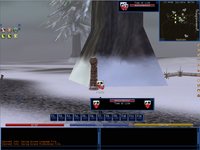 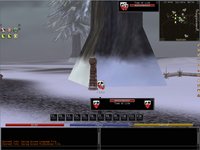 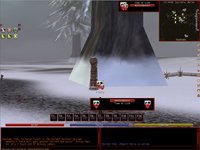